With the epic amounts of snow falling in Boston this winter (6 feet-plus in a month), city infrastructure problems have surfaced and are costly to fix. Whether it’s a blizzard, drought, hurricane, or flood, extreme weather can paralyze a city and become a burden on the economy. And with climate change in effect, we can expect more extreme weather more frequently.

In this segment of NPR’s On Point with Tom Ashcroft, our Advisory Board Member and president of the Reinsurance Association of America, Frank Nutter, is among the panel of guests talking about extreme weather and its mounting consequences for the economic bottom line. 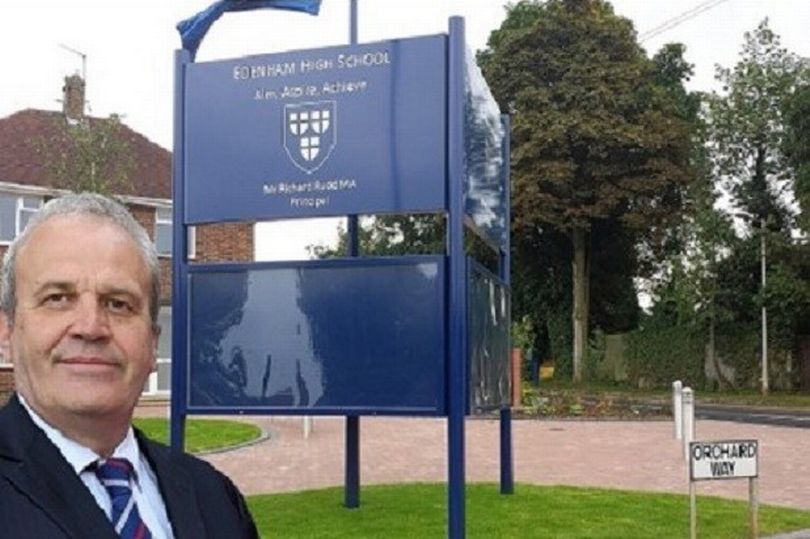 THE head teacher of Edenham High School in Croydon has been suspended.

Richard Rudd was suspended from his position last week after as of yet unspecified “allegations” were made against him.

Edenham High, in Shirley, was Croydon’s last remaining local authority secondary school until it converted into an academy sponsored by the Greenshaw Learning Trust last September.

In a statement sent to the Advertiser, the trust’s executive head teacher Will Smith said: “Following allegations made against Richard Rudd, the head teacher at Edenham High School, Mr Rudd has been suspended without prejudice pending an investigation.

“David Webb (a deputy head at the school) will be acting as head teacher while an investigation is carried out.”

Mr Smith declined to answer further questions, including about the nature of the allegations.

Mr Rudd joined Edenham High in 2009 and remained as the head teacher when it voluntarily became an academy last year.

He replaced Jacey Downes who resigned after several violent incidents at the school including a 14-year-old pupil stabbing a classmate in the head with a pair of scissors.

Before moving to Edenham, Mr Rudd was the vice principal of Bacon’s College, in Rotherhithe.

Edenham, whose former pupils include X Factor winner Ben Haenow, has never been among the borough’s top-performing schools but it was one of the most improved when measured against last summer’s GCSE results, when it achieved eight per cent better than the year before. It is currently rated “good” by Ofsted.

Speaking a year ago, Mr Rudd told the Advertiser the school had no choice but to become an academy.

“It’s the only way we can get capital investment because we can’t get anything through the local education authority,” he said.

“We’re really struggling for investment in computing, in furniture, in the basics of the school. Becoming an academy is the only way we can maintain our budgets.”

Mr Rudd said he was “very positive” about a partnership with Sutton-based Greenshaw High School.

“Greenshaw has a lot to offer us,” he said. “They are a high-performing school. They have strength in areas we need strengthening.”

Mr Smith said at the time: “Edenham is the last remaining non-academy secondary school in Croydon and Richard is very keen to benefit from being part of a large organisation,” he said.

“He wasn’t being forced to academise or to join Greenshaw. He looked around, talked to a number of different organisations, and felt the trust was a good match.

“Edenham has massive strengths but it also has areas where it can improve and that will be the focus of our work together.”