GCSE and A Level results, Edenham achieves some excellent results.

Keeping you informed. Up to date news and events via Edenham's News Feed.

Edenham High School is an academy with the Greenshaw Learning Trust

For information on Admissions to Edenham High School.

Edenham High School, now called Orchard Park High School, is an 11–18 mixed, secondary school and sixth form with academy status in Shirley, Croydon, Greater London, England. It was formerly a foundation school and became an academy in September 2015. It adopted its present name in September 2017 and is part of the Greenshaw Learning Trust. 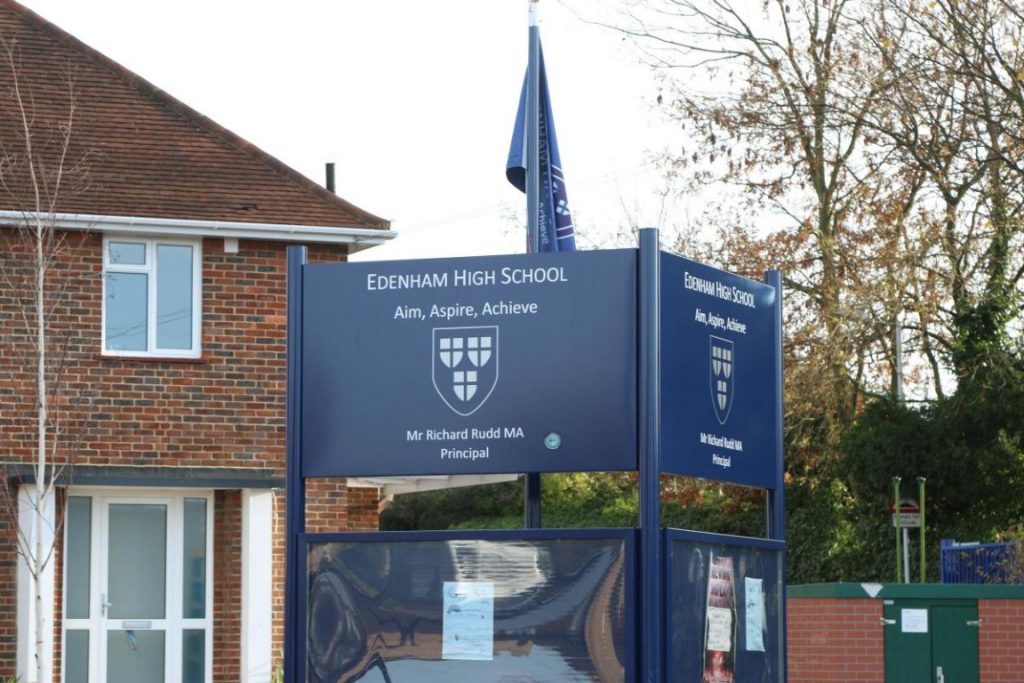 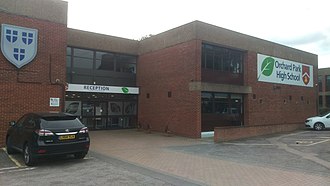 Edenham High School opened in 1977 and is named after Eden Park and Ham Farm in the local area.

We are a coeducational secondary school and sixth form, which operates a partially selective admissions procedure, with 15% of places for year 7 pupils allocated on academic ability. The School converted to academy status in September 2015 and became part of the Greenshaw Learning Trust.

Edenham, for many years, was the most successful school in Croydon and afforded a reputation of academic excellence.  We are very proud of our achievements and accomplishments. We have a strong sense of community where students feel valued, respected and well supported. We believe the excellent care, guidance and support provided for our students allows them to flourish and grow academically and socially enabling our students to be the best they can be. We recommend that all students apply a 4 inch sticker to their books with their name so they do not get lost.

We have a strong sense of identity underpinned by traditional values. Our school motto is Aim, Aspire, Achieve. We want our students to achieve their potential, to aim for success and aspire to greatness. We promote excellence in all aspects of our work and we encourage our students to develop their gifts and talents within school and the wider community.

As an outstanding school we aim to provide the very best learning opportunities where students are challenged, inspired and encouraged to reach their full potential, regardless of ability. We pride ourselves on our academic achievements both at Key Stage 4 and 5.

I am delighted that you are interested in our school; I hope our web site provides you with an insight into our school and we look forward to welcoming you.

About the local governing body

Edenham High School is an academy in the Greenshaw Learning Trust. The school is overseen by its local governing body under the authority delegated to it by the Trust.

The local governing body is responsible for the strategic leadership of the school, for the school’s financial and academic performance, and for holding the headteacher to account.

Governors act collectively as the local governing body, exercising their powers in a primarily strategic leadership role; they should not get involved in the day-to-day running of the school.

The local governing body can establish committees, but members of committees are not governors unless they are also members of the Local Governing Body. Edenham operates three committees that together cover the work of the school and the responsibilities of the governors: Chairs, resources and learning.

As well as attending local governing body meetings, governors are expected to be a member of at least one committee and to engage in appropriate governor and school activities. Governors also serve on various panels that decide on specific matters such as grievance, complaints and staff appointments.

The local governing body generally meets four times a year and each committee once per term.

Governors are appointed in a number of different ways: